Looking back, Philip sees clearly the transformations he went through thanks to sustained sobriety, and it’s this improvement in the quality of his life, along with sharing his story with people on the same difficult journey, which motivated Philip to write his new book, Mind on Fire: A Case of Successful Addiction Recovery.

Mind on Fire is a gripping, authentic account of Philip’s first eighteen months of sobriety. The physical symptoms of withdrawal from a drug or alcohol addiction might last a month or two at most—but the psychological withdrawal can last years. “My target audience is obviously people who have a dependency on alcohol or drugs, but also people who are compulsive thinkers,” states Philip. “The point of my book is that, during recovery, compulsive thinking and rumination is unavoidable, and I wanted to give guidance on how to overcome that.”

Philip is a senior business executive in a global corporation, and has been traveling on the job through Asia for the last twenty-plus years. When not traveling, he lives with his wife Natja and his two children Monika and Alexander in Grimbergen, Belgium. It was Philip’s firm belief that he could help others by telling his story that convinced him self-publishing was the right path. “I wanted to keep control over content and marketing,” he reflects.

He chose print-on-demand to avoid the need to forecast sales upfront, instead choosing to print the books as needed. His book is available on Amazon in the US, UK and Germany, in addition to being available to other online retailers, brick-and-mortar stores and libraries via IngramSpark.  Philip states that he also did an eBook so that, “I would have full coverage of the different paths to market.”

One challenge Philip experienced was understanding the end-to-end process of drafting a manuscript all the way to getting the book listed with major retailers and bookstores. For example, it was difficult to find out how to publish a book in the US and the UK from Belgium, where he resides. In addition, Philip says that, “Marketing and promotion is not obvious as a process.” Most authors would agree.

1106 Design is pleased to have been part of Philip’s indie publishing team, providing cover design, interior page design and layout, and proofreading. “Having a single point of contact for these services and to whom I could address all my questions was most helpful,” explained Philip.

One part of the marketing and promotion process that Philip definitely got right was building his author platform. We applaud him for his active Facebook page, which currently has 4,500 followers, and we are pleased to report that just a short while after launch, Mind on Fire is holding its own on Amazon. “I do plan to (try to) do interviews and inserts in magazines and blogs,” he comments.

Philip has some advice for people who are considering self-publishing as a route to publishing a book. “See it through to the end,” he advises. “If this project is important to you, make sure you handle it in a professional way, utilizing experienced coaches and vendors.” Lastly, says Philip, “Self-doubt is an important obstacle to overcome. Do not let doubts about the final outcome make you abandon your project.”

Philip’s ambition is to be a best-selling author with Mind on Fire. He says that his next project will not be about addiction recovery as he feels he has left that behind with the publication of Mind on Fire. He comments, “I believe I have it in me to write about life, tapping into my many experiences as an international traveler.”

Mind on Fire: A Case of Successful Addiction Recovery

END_OF_DOCUMENT_TOKEN_TO_BE_REPLACED 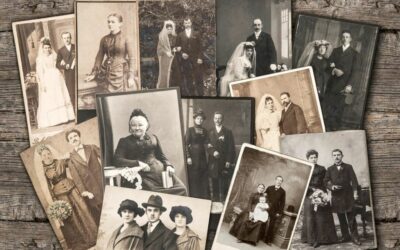