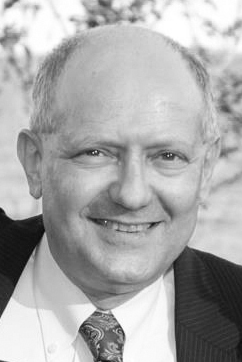 The discovery of a treasure trove of poignant letters and postcards from family members to his father before and during the Second World War was the tipping point for Jeff Ingber to write Béla’s Letters, a novel about the struggles of Béla Ingber and his family during the Holocaust.

A writer by nature, Jeff says he’s always been fascinated by the stories his parents tell of surviving the Holocaust. “My dad told me innumerable tales of his youth and of the war, and I had the foresight to have interviewed him in depth before he died in 2003.” Jeff adds, “I am a lifelong World War Two buff, and have read hundreds of books on the subject.”

Having written and published a book already, along with a dozen professional articles and screenplays, it was natural that Jeff would decide to write a book that revolves around his father’s life. However, Jeff says, “It was not until early 2004, months after my father’s death, when I was approaching my fiftieth birthday, that I finally decided to write the book.” Jeff felt compelled to uncover the voices of the dozens of letters and postcards from family members to his father, which were “of such sustenance to my father that he preserved many and carried them to the New World.”

Béla’s Letters tells of the struggles of Béla and his extended family to comprehend and prepare for the Holocaust, the implausible circumstances that the survivors endure before reuniting in the New World, and the crushing impact on them of their wartime experiences together with the feelings of guilt, hatred, fear, and abandonment that haunt them. Jeff says that the letters and postcards were “evidence of a resilient family dynamic that the Holocaust could not fracture. My goal for the book was to preserve my parents’ history, to educate, and to entertain.”

1106 Design was pleased to assist Jeff with interior design and layout, proofreading, eBook formatting, converting and adjusting photos, and uploading files to IngramSpark and other vendors (“…and lots of hand-holding,” says Jeff). Jeff’s daughter designed the book’s cover, making the project multi-generational. “I love that the way the book came out was under my control, and the final product reflects exactly what I wanted it to be,” says Jeff, adding that he would do it again.

Jeff has some great insights on marketing Béla’s Letters. He plans on entering book awards and contests, obtaining professional book reviews, going on a virtual blog tour, taking advantage of Kindle promotions, listing on IngramSpark, and lots of word-of-mouth through family and friends. With regards to writing a book, Jeff reflects, “Writing a book is a difficult process, one that taxes your time, patience, self-confidence, and relationships with family and friends. But if you are compelled to write, it’s all worth it.” His advice for first-time publishers? “Use 1106 Design!”

Thank you Jeff. We congratulate you on the publication of Béla’s Letters and look forward to working with you on future books.